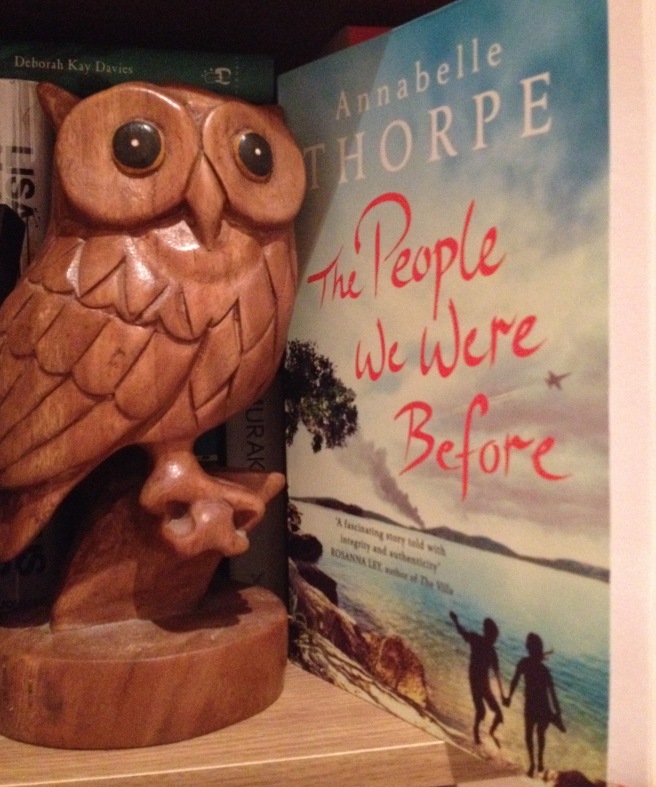 The People We Were Before is the debut novel by Annabelle Thorpe, who has previously written non-fiction travel books alongside being a travel and features journalist. One of her favourite destinations is Croatia, and it is this country which provides the backdrop to this story.

‘Where are the colours, Miro, the blue sky and the green hills? In Ljeta the mountains are covered in pine trees, the sunsets are pink and gold, the sea is full of fish. What an adventure we’re going to have’

The book is separated into three parts each covering different periods of time with events ranging from May 1979 to May 1995. During this time we see how a young boy called Miro and his family grow and adapt to the events of the Balkan War. In 1979 following a tragic incident in his home city of Knin, Miro and his family move to the village of Ljeta on the Dalmatian Coast to start a new life. For many years all seems well and as Miro grows up he falls in love and begins to start a new family of his own. However, their idyllic life is soon to be threatened by the breakout of war as it becomes apparent that the conflict is not something that he or his family can escape from.

‘What was left of my youth disappeared forever on that cold December afternoon.’

As the full extent of events becomes clearer, Miro and his family are left with the challenges that the war brings, establishing where they will be safe and what the future may hold. The horror of war has devastating consequences for Miro’s family life with tragic events leaving him angry and grief stricken. Leaving his family behind, he flees to Dubrovnik and immerses himself in the world of news reporters. In his new role he comes face to face with the brutality of the war and the impact it has on innocent people. Behind his camera he bears witness to such turmoil and some of the things he sees are heartbreaking. Prior to reading this book I didn’t know a great deal about the Balkan conflict which took place in the 1990’s. Through Miro’s story I now have a greater understanding of these events and Thorpe’s experiences and knowledge of the subject make for an authentic, insightful read.

‘…each dawn seemed to bring new heartbreak, new revelations about those I loved and no longer seemed to know.’

The war itself bought widespread tragedy throughout the region and it also exacerbated issues within Miro’s family. This is very much a story about how families grow and change and how people can be changed by the events of war. Miro’s marriage is put in jeopardy, family relationships become fraught. There is also the political side of things and how family members had different views, different ways of becoming involved, or distancing themselves, from the conflict. It explores love and loss, loyalty and morality. At its heart it is a very human story which looks at the very worst things life can throw at us, and how despite it all we can make it through.

‘I realized the fear was of my own life, the one that I had lived before the war came. I was afraid it would no longer be enough.’

I enjoyed reading The People We Were Before. Not only did I enjoy reading about Miro and his family and their culture I also found it to be an informative story in which I learnt a lot more about the tragic events that occurred during my childhood. It is a moving and fascinating family story, and an exciting debut.

The People We Were Before was published on 21st April 2016 by Quercus Books. Thank you to Olivia Mead at Quercus for providing a copy for review.

2 thoughts on “The People We Were Before by Annabelle Thorpe”