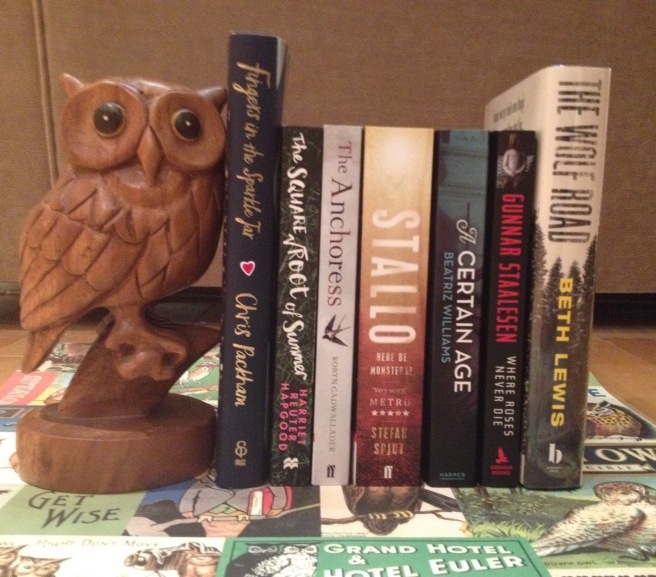 In June I read seven books, one non-fiction and six fiction:

Fingers in the Sparkle Jar by Chris Packham (Ebury Press) – I began June by reading a non-fiction book which I don’t do very often. As a big fan of Chris Packham I was very excited to read his memoir and I thoroughly enjoyed it. It features his memories of growing up and how his enthusiasm for wildlife began – collecting tadpoles in jars and using ladybirds to try and pay for his ice cream. Chris has a wonderful way with words and I loved reading about his childhood, a young boy enthralled by the world around him. He also touches on the more difficult aspects of his life including negative experiences at school and the impact they had on his mental health. A moving, enthralling book that provides fascinating insight into a beloved presenter’s life.

The Square Root of Summer by Harriet Reuter Hapgood (MacMillan) – Harriet Reuter Hapgood’s debut novel is one aimed at a YA audience which I had heard a lot about. It follows its protagonist, Gottie, and how she is coping one year on from the loss of her beloved grandfather. Gottie has a lot going on in her life, and aside from grieving for her lost grandparent she also has her relationships with her ex and her friend to deal with. Add to this the inclusion of wormholes and you get a unique story of a girl who is trying to process the events of the last year, and to plan for her future. This is an enjoyable read about love, loss, memories and science which combine to make one unforgettable summer.

The Anchoress by Robyn Cadwallader (Faber & Faber) – I really enjoyed reading The Anchoress, a historical fiction novel which deals with subject matter I was unfamiliar with – anchorholds. An anchorhold is a cell attached to a church in which a holy woman resides, a woman who devotes her life to serving God, and to pray for the villagers. The idea of an anchoress intrigued me and in this story we follow Sarah, a girl who makes the decision to become an anchoress at the age of seventeen. It provides a lot of insight into what life was like for an anchoress – the routine, the living conditions, the challenges faced. Sarah has chosen this way of life partly to seek safety, but it appears that the cell walls cannot keep every danger away, making it a gripping read.

Stallo by Stefan Spjut (Faber & Faber) – Stallo is an interesting read that blends multiple genres combining elements of fantasy, crime and mystery. In the 1970’s a young boy disappears from the holiday cabin he is staying in with his mother who is convinced her son was taken by a giant. Twenty five years later another woman suspects that something is watching her and her grandson. This leads to Susso, a woman who has devoted her life to investigating creatures who existence has not been proven, to search for clues to get to the bottom of both incidents. This is an intriguing, atmospheric read.

A Certain Age by Beatriz Williams (Harper) – Beatriz Williams’ latest novel is a story of love and betrayal set in the Jazz Age of 1920’s New York. In it we meet Theresa Marshall, a socialite of a certain age who is in the midst of an affair with a much younger lover. We also meet Sophie Fortesque, the daughter of a wealthy inventor who Theresa’s brother ‘Ox’ has chosen to be his bride. The story takes a more surprising, intriguing turn when Theresa’s lover Octavian is enlisted to not only present the family’s diamond ring, but to find out more about Sophie’s family. From here past betrayals and an unsolved crime creep to the surface which could change their lives forever. I loved A Certain Age, a gripping story with an excellent sense of time and place.

Where Roses Never Die by Gunnar Staalesen (Orenda Books) – Where Roses Never Die is the latest in Norwegian author Gunnar Staalesen’s ‘Varg Veum’ series. Back in 1977, three year old Mette Misvaer disappears from outside her home in a seemingly tranquil suburb, never to be seen again. Twenty five years on from her daughter’s disappearance, Maja Misvaer recruits private investigator Varg Veum to help reunite her with her long lost child. So begins Veum’s journey to get to the bottom of the Mette case. A journey which uncovers surprising revelations and reveals complicated relationships that some tried to leave in the past. A gripping crime thriller that keeps you guessing until the end.

The Wolf Road by Beth Lewis (Borough Press) – My last read of the month is a book that is one of my favourite reads of the year so far. From the first page I was hooked by the story of seventeen year old Elka, a girl who is on a remarkable journey of survival. An event referred to as ‘the Damn Stupid’ has turned back the clock on civilisation making the world a much bleaker place. Elka learns the skills she needs to survive from a man she knew as Trapper, a man who becomes something of a father figure in her parents’ absence. However, she is shocked to learn that there is more to Trapper than meets the eye, and her life is in more danger than ever before. I was captivated by this story throughout and loved Elka’s unique voice and following her challenging journey. A journey where she braves the elements, the wildlife and something far worse. I was very sad to leave her behind!

You can read full reviews of all of my June reads by clicking the links above and they can also be found in my June archive. Also on the blog in June I shared my unboxing of June’s Nerdy Bookworm Box. 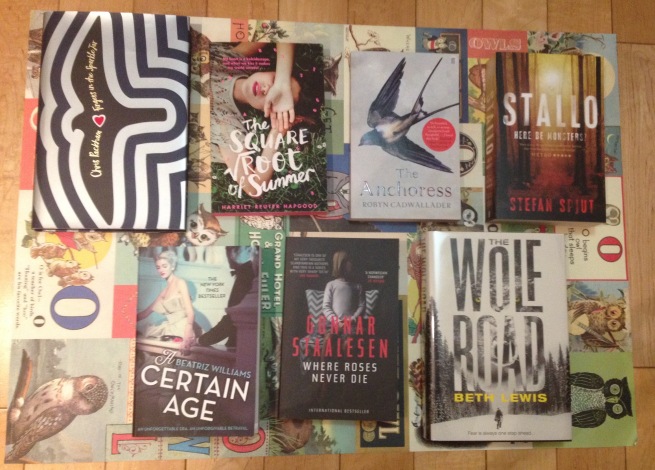 I would like to thank everyone who has read and shared my blog posts this month. I really appreciate the support and hope that you enjoy the blog – thanks for reading!